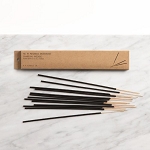 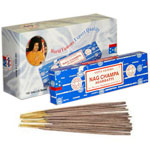 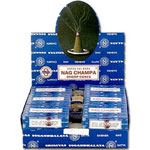 What Is The Throat Chakra?

The Throat chakra is the fifth chakra. Located at the center of the neck at the level of the throat, it is the passage of the energy between the lower parts of the body and the head. The function of the Throat chakra is driven by the principle of expression and communication.

The fifth chakra is referred to as:

The most common Sanskrit name for the Throat chakra is “Vishudda”, which means “pure” or “purification”.

This chakra is related to the element of sound. Through the throat, sound is propagated into the air and its vibration can be felt not just in our ears, but also in our whole body. It is an important instrument of communication and expression.

The symbol of the Throat chakra is composed of:

The color of the petals is depicted as smoky purple or grayish lavender.

Location of the Fifth Chakra

The most commonly accepted location for the fifth chakra is at the level of the throat. It’s important to remember that this chakra is multidimensional and is often represented as going out of the front of the throat, and going in the back at a slight upward angle.

The Throat chakra is associated to the pharyngeal and brachial plexi and is connected to the mouth, jaws, tongue, pharynx and palate.  It’s is also linked to the shoulders and the neck. The gland associated with the fifth chakra is the thyroid, which regulates the processing of energy in the body through temperature, growth, and in large parts, metabolism.

Behavioral characteristics of the Throat chakra

The Throat chakra is associated with the following psychological and behavioral characteristics:

The Throat chakra is about the expression of yourself: Your truth, purpose in life, creativity. Note that this chakra has a natural connection with the second chakra or sacral chakra, center of emotions and creativity as well. The throat chakra’s emphasis is on expressing and projecting the creativity into the world according to its perfect form or authenticity.

Another function of the throat chakra is to connect you to spirit. Because of its location, it’s often seen as the “bottleneck” of the movement of energy in the body.  It sits just before the upper chakras of the head. Opening the throat chakra can greatly help align your vision with reality and release pressure that may affect the heart chakra that is located just below.

The throat chakra is associated with the etheric body, which is said to hold the blueprint or perfect template of the other dimensions of the body. It’s an important reference point to align the energy through the whole chakra system.

A blocked throat chakra can contribute to feelings of insecurity, timidity, and introversion. On the other end of the spectrum, an overactive throat chakra may also lead to gossiping, non stop talking, and being verbally aggressive or mean. It can seem as though the filter between the discourse you have in your mind and what comes out of your mouth is not working, or missing entirely.

When the throat chakra has an imbalance, it can manifest as: